Ragusa  “Here you come you feel the impression of a border”. So Leonardo Sciascia wrote of Ibla, true jewel of Baroque art in Sicily. Despite the passing of the centuries, the historic district of Dubrovnik has preserved its charm and its arteche must, paradoxically, all the earthquake of 1693. Ibla was able to rise from fearful earthquake that doubled over the Val di Noto and its architecture late Baroque and Rococo comes from a prodigious and clever reconstruction. Beyond Baroque, however, Ibla has so much to offer its visitors: its quiet streets, the charm of gardens overlooking the lush valley of the Irminio River, the fascinating light of bright courtyards, majestic visions of palaces owned by the nobility of the past. Here the border between past and present can clearly see through the little houses clinging to the limestone rock and the majestic neoclassical dome of the cathedral. The first spectacular view of Ibla, dominated by the dome of the cathedral, it has from the terrace in front of the church of Santa Maria delle Scale. Going down the 250 steps that branch off from the church, we dive for the first time in the heart of Ibla. But when emotions seem finished, and because it ”s the end of the winding staircase, it is presented to our view a little square where you can admire a Baroque corner miraculously intact. This is the Palace of the Chancellery, which finished in 1760 is a magnificent example of fine workmanship Baroque. Nearby stands the Santa Maria of the church with its distinctive bell tower decorated with colorful ceramics of Caltagirone. At the end of the staircase that rises Palazzo Cosentini, with its eighteenth-century balconies, it is the emblem of the Sicilian baroque Ibla. From building emerge elegant balconies supported by corbels decorated with human figures, but also by monsters, animals, faces and horrible at the same time sublime. Nearby, the visitor is the square occupied by the Church of Purgatory, located in the immediate vicinity of the baroque palace of Sortino – Throne family. Further on, the road leads to Piazza Duomo, in the upper part of which is the beautiful church dedicated to St. George and built in the eighteenth century by master builder Rosario Gagliardi, Sicilian architect, a native of Syracuse, and active in Noto. The square is surrounded by numerous palaces. Leaving the cathedral you can make an excursion in the upper part of Ibla, from which, in addition to the neoclassical dome, you can admire the typical houses that surround it. Coming back and before flowing in Piazza Pola, you can see several buildings belonging to noble families. Noteworthy is the sumptuous Palazzo Donnafugata. Another exquisite Baroque Corner is located in Piazza Pola, dominated by the Church of St. Joseph. Continuing the walk we come to the Gardens Iblei, from which you can enjoy magnificent views of both the mountains of the Irminio river valley. Inside the villa there are three churches: San Giacomo, San Domenico which bears an ornate bell with majolica and the Capuchin which preserves the Triptych of Pietro Novelli, one of the most beautiful and interesting paintings that are located in the district . Near the public garden, there is the Portal of San Giorgio, which is what remains of the old St. George church destroyed by the earthquake of 1693. They enrich Ibla, the countless shrines scattered everywhere, the old houses, the views from the magnificent views. .. the quiet streets.

Modica Typically Baroque, like all cities of the area rebuilt after the earthquake of 1963. Unfortunately not much remains of previous eras, when Modica was the most powerful stronghold of the Sicilian barons, but the few remains that can still be admired give the idea of ​​what vast, valuable and picturesque were to be the artistic heritage of the city. The various counts of Modica, motivated by a religious fervor not often uninterested, founded churches, convents, monasteries and collegiate. From a calculation made according to the ruins, traditions and historical documents it shows that Modica counted, until the seventeenth century or so, a hundred churches, a vast number relates to the number of inhabitants. The Modica artistic glory, of course, is in its churches, without excluding certain civil buildings. The artistic tour of the city should be divided into two because there are two main groups, Lower Modica Modica Alta. The visit of Modica is accomplished by starting off Mercè where is the church of S. Maria delle Grazie in 1615 and the convent of the Mercedarian fathers, where both the Municipal Library is the Civic Museum. Along Corso Umberto I, in the lower town, they notice the interesting Baroque buildings that line, and you can admire, in Piazza Matteotti, the Carmine church with its portal and rose window Chiaromontine, one of the few surviving examples of previous constructions to earthquake 1693. Along the course, at the top of a tall and imposing staircase stands the magnificent and grandiose church of St. Peter. It continues until the Town Hall Square, dominated by the imposing cliff of the castle that has a clock tower, where you can find the Town Hall palace place in the headquarters of the former Dominican monastery and beside the church of St. Dominic of 1678. The viale Regina Margherita is the main artery of the upper town, where near the belvedere Pizzo, which offers a beautiful view of the city, stands the majestic Cathedral church of St. George. Do not miss Napolino building one of the most beautiful Baroque buildings in Modica. Also it turns out port will be needed to know the villages of Frigintini, the Tellesimo River, Marina di Modica the Cave d’Ispica.

Ispica The town of Ispica overlooks the sea from a height and is an interesting prehistoric site for archaeological finds. Even from here it reaches the Forza Archaeological Park, Cava d’Ispica, through the hundred stairs carved into the rock, where there are remains of the frescoes of the Byzantine period. To see the Mother Church, the Palazzo Bruno of Belmonte site near the central square (or Palazzo Alfieri), the Palazzo Bruno of Belmonte in Art Nouveau style – the city hall -, the War Memorial and the S. Maria Maggiore church, whose churchyard is circumscribed by a unique wrought iron. In Corso Garibaldi instead, we can instead admire the Church of the Annunciation and its very important stucco cycle. 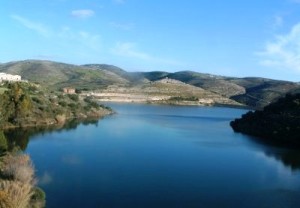