Siracusa City by the sea among the most beautiful in the Mediterranean, rich in history and monuments and expresses the whole range and complexity from prehistory to the present day. In a fortunate position (a large limestone terrace overlooking the coastline below) and has a magnificent natural harbor, today’s city is divided between an old part Ortigia, and a new recent expansion. The old city, which insists on a small island, and immediately show you the charm of a place that has seen a succession and stratification, in over three thousand years, important expressions of the greatest civilizations of the Mediterranean. However happen to follow it, according to precise routes or take chances, always meets the sea: the largest natural harbor with its beautiful sunset, the market, the smells in the streets, the restaurants of fish menu. It ‘impossible to summarize the Ortigia monumental wealth. Everything in Ortigia back to sea and it is thanks to this relationship that the ancient city owes its charm and its rich history. Visit Ortigia, the soul of Syracuse, it is a nice and deep with experience: a long travel in just one square kilometer of Greek temples and Christian churches, palaces Swabians, Aragonese and Baroque, courtyards, Arab alleys, shops and large public buildings. You can admire the Piazza Pancali the evocative ruins of the temple of Apollo. Continuing along Corso Matteotti we reach Piazza Archimede with the Fountain of Artemis at the center and the beautiful fifteenth-century Palazzo Lanza. Later the Gothic Palazzo Montalto, in the homonymous square and to the left of the square, until you reach the sea details medieval and baroque those neighborhoods with very interesting churches such as those of St. Philip, St. Peter’s and St. Francis. It continues with the Piazza del Duomo in which overlook the Baroque architecture of the Cathedral, the Archbishop’s Palace, the church of St. Lucia to the Abbey, the Palazzo Beneventano del Bosco and the Town Hall. Continuing down the square is the source of Arethusa, which recalls the myth of Artemis nymph turned into a spring to escape the love of Alpheus, and that was achieved however by him, transformed itself into the river. The end of Ortigia is occupied by the mighty castle Maniace marvelous example of the Swabian period, built by Emperor Frederick’s will and takes its name from the Byzantine Captain Giorgio Maniace who in 1038 conquered Syracuse. The Greek city extends on land and of great interest is the visit of the monumental park of the Neapolis. The area includes the Roman amphitheater of the imperial age, the work of great proportions dug in large elliptical shape of the rock, and the Greek Theatre, the largest monument of the ancient Greek theater and stage technique that has come up to us. To the east of the theater lies the Latomie of Paradise, the first of the huge cave of 25-45 meters depth. Inside the quarries is the Ear of Dionysius, an artificial cave named after the painter Caravaggio, who visited in 1586, for its characteristic shape which gradually narrows to his bow as the inside of an ear. Syracuse still offers the Rope Makers Cave, the Latomia dell’Intagliatella with the Catacombs of San Giovanni and, not least, the very interesting Regional Archaeological Museum Paolo Orsi. Attraction of considerable importance is the Sanctuary of Our Lady of Tears in Syracuse which annually attracts thousands of faithful.

Noto In a region with an abundance of olive and almond trees, Noto is a small baroque jewel perched on a plateau overlooking the valley Asinaro and its citrus plantations. Her beauty, so harmonious as to seem a fiction, the scene of a theater, was born from a tragic event: the earthquake of 1693, which in this part of Sicily brought death, destruction, but gave impetus to reconstruction. Before then, the city stood at about 10 km away. In 1693, Giuseppe Lanza Duke of Camastra, appointed vicar general for the reconstruction of the Val di Noto, determines to build the city on another site. The new eighteenth-century Noto is the intellectual expression and the work of many personalities who devoted themselves to it. Among the expressions of her older architecture we mention the Cathedral with the staircase, San Domenico, Palazzo Nicolaci, Ducezio Palace. Important cultural and religious traditions of Noto. To remember the Festival of Baroque Spring, the famous “Infiorata”, a special occasion that sees every year, one of the most beautiful streets in Noto covered with flowers that form the beautiful baroque designs. The buildings are majestic, all built in local limestone, soft and compact, by the whiteness that time has colored creating that magnificent golden and rosy tint that the sunset light accentuates, this reconstruction, led by the Duke of Camastra, the representative in Noto Spanish viceroy, participating in many Sicilian artists, including Paul Labisi, Vincenzo Sinatra and Rosario Gagliardi, who, influenced by Borromini, is perhaps one of the most inventive. The city is built as if it were a stage set, and studying the perspective on her makeup in a singular way, playing with the lines and curves of the facades, with shelves decorations, curls and spirals, the gargoyles, cherubs, from the balconies wrought iron railings that folds in graceful shapes and pot-bellied. 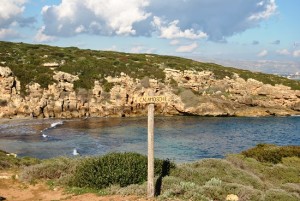 Vendicari Nature Reserve Consists of a narrow strip of land along the coastal strip that goes from Noto to Pachino, the Vendicari Nature Reserve is a true oasis of peace and rest for many species of birds, but also for the man tired of the city chaos . The Vendicari park is a plain characterized by dunes, rocky shores and three marshes (Pantano Small, Large and Bush) separated from each other by a few dozen meters from the sea. Of the three only the Pantano Piccolo in times of drought, we never drain thanks to the presence of brackish water sources. Pantano Roveto, however, is the largest and the mouth that connects it to the sea is usually buried. The submerged vegetation, microfauna, the particular conditions of salinity make these places an area favorite dall'avifauna migration. The reserve of Vendicari is considered, in fact, "the hotel of the birds", a place to stop to rest and feed before reaching the African coast. Meet here every year thousands of birds from different regions: Poland, Hungary, France, Sweden, Finland, the Siberian tundra, Denmark and Holland. The most numerous presences are recorded in December, but also in autumn and spring. Walking through the reserve you can admire beautiful landscapes. The complex of the Swabian castle of the fifteenth century, the fishermen's houses, factories for the processing of fish and the eighteenth century Tonnara with its tall chimney which monitors the protected area. Constructions that take us back in time, when the surrounding coastline housed one of the most important ports in the Syracuse area. Approaching the sea you can see the beaches and cliffs that thin out in magnificent coves, ponds, reeds and trees of different heights. The spring landscape is an explosion of colors: the green of the mastic and dwarf palms to the yellow of the broom and chrysanthemum, red poppies on purple thyme, blue iris, the white of the sea lily.

Siracusa
Tour around The Noto Valley and its baroque towns part of  UNESCO world heritage site. Staying in More info
Book now
x
x
This website uses cookies to improve your experience. We'll assume you're ok with this, but you can opt-out if you wish.Accept Read More
Privacy & Cookies Policy
Necessary Always Enabled