Enna The highest chief town of Italy (911 mt.) Has an ancient history and legendary. The city is rich in monuments of great artistic interest. Particularly picturesque, famous for testifying to cultures, different in Sicily, especially in the medieval period. Easter in Enna is very suggestive and annually attracts a large number of tourists and faithful. The city is rich in monuments of great artistic interest. The most important is undoubtedly the Citadel or Castle of Lombardy so called perhaps because of the presence of a neighborhood inhabited by Lombard settlers, one of the best preserved in Sicily dating back to the Swabian domination but later modified by Frederick III of Aragon who he made his home. On the opposite side of town is the octagonal tower of Frederick II of Swabia built in the twelfth century on a previous building and restored in the fourteenth century, which is the geographical center of Sicily, the so-called ancient “umbilicus Siciliae”. The cathedral, built in 1307 at the behest of Queen Eleanor of Aragon, destroyed by fire in 1446 and rebuilt starting from 1451, present the parts of the old fourteenth-century building, and other subsequent construction. To see the Duomo, Palazzo Vasiano and the Regional Archaeological Museum set up with various finds from digs in the area.

Piazza Armerina Visit Piazza Armerina, it is to discover not only a city closely tied to its Norman past, but also a place for thousands of years in the middle of history, starting in the VIII-VII centuries BC But the city tour begins even before you reach it, when your eyes can see from a distance the great dome of the cathedral that overlooks it. It becomes inevitable the direction to follow, full of charm and history tour, a spell that will involve you walking the streets of downtown. the cathedral dedicated to St. Maria Assunta, built in 1604 on a previous construction. It keeps the previous structure in the bottom of the Catalan Gothic style. Near the cathedral stands the beautiful Palazzo Trigona, fine example of Sicilian baroque and Aragonese Castle, built in the late fourteenth century. Piazza Armerina is also universally known for the Villa Romana del Casale, which is about six kilometers from the city and shows one of the most important archaeological discoveries of Roman Sicily of the late third and early fourth century A.D. The Roman mosaic art of late imperial here the greatest example with its floor of about 3,500 square meters where they lie magnificent polychrome mosaics depicting mythological images now, now everyday life scenes. The most important rooms of the house are the spas with a long living room, frigidarium, tepidarium and calidaria.

Sperlinga Located between the Nebrodi and the Madonie, in the heart of central Sicily, 47 kilometers from Enna. Called “a royal cave dwelling” carved into a giant sandstone grinding wheels, Sperlinga etymologically derives from the greek and means “cavern”, cave. It dominated by an ancient medieval castle, whose deep cavities date back to pre-Greek Sicilians who inhabited the valley of the Salso. Remodeled in later times, the Sperlinga Castle is the symbol of the country and is a wonderful contrast between rock excavations prehistoric and medieval architectural structures. Made of an impressive ridge of sandstone rock, definitely sicane used by indigenous peoples as a place of worship (sacred area, or necropolis), it undergoes modifications during the Byzantine period and buckwheat to be turned into a military garrison; Finally, in the Norman period it is equipped with the walls and defensive military found. Already famous and important in the Norman and Swabian period, the Sperlinga Castle has entered fully into the history of Sicily for not joining the Sicilian Vespers in 1282 so that the Angevin soldiers found shelter in it for almost half a year definitely , helped by the common people. To visit the Mother Church, with some paintings of the eighteenth century and an organ of the first 800, and the church of Mercy with a wooden crucifix, this attributed to Friar Humble from Petralia. Those who visit the town can not help but buy the traditional “frazzate», colorful carpets made to the chassis, typical local crafts. 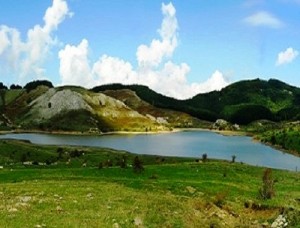 Nebrodi, the tour of the lakes fascinating trip through the unspoiled nature of the area protected largest Sicily tours - Sicily Literary Park 'Nino Savarese' From the Castello di Lombardia in Enna to the mosaics of Piazza Armerina itineraries - Sicily The Museums of the Lands of Ceres all museums in a magical land, where myth blends with history

Unfortunately there are no hotels at this location at the moment.